Next
Getting married abroad

Do you want to get married abroad?

Do you want to get married abroad? What a great plan.

Do you want to get married abroad? What a great plan.

I like to travel regularly with bridal couples. Similarly a few years ago …..

In the spring of 2019 I received an email from Sara and Bas, asking if I would like to organize their wedding ceremony that summer in Poland …. near Glogow.

Gosh, Poland. That’s a long way. I didn’t know Glogow and after a little googling I found out the best way to fly to Wroclaw and then continue the journey by car.

As always, we agreed to meet first. To hear what the wishes and expectations of the bridal couple are, to think along and to fantasize together how we could give shape to things.

Half of the guests would be Dutch, they told me. And the other half Polish, of which a large part spoke no Dutch, no English and no German. How were we going to fix this?

Finally, a short search led to the Polish Barbara, who had lived in the Netherlands for years and was willing to translate and bring my love story into Polish.

And the meeting with Sara and Bas was nice. There was an immediate click and we decided to go for it together.

Not much later I visited them at home. We had a very extensive preliminary meeting and I also met the children, who of course would get a role in the wedding ceremony.

I discussed everything in detail with the masters of ceremonies and the music playlist that was compiled was beautiful.

The day of the wedding!

Then it became the end of July. On my way to Poland. I landed 1.5 days earlier to acclamatize and that Saturday the 27th I was on my way early. So curious what this outdoor wedding would bring. We were so lucky , because that day would be the last sunny day after a long warm period, then the weather would change.

It took some searching. The journey led through the smallest villages, along narrow roads. But eventually there was that idyllic outdoor spot. More than beautifully decorated. The Polish DJ with whom I went through the script as best as possible, was endearingly willing to make the most of it. The sound was fantastic and the music was beautiful, very beautiful.

The Dutch guest group arrived by bus. The groom’s group of friends were all dressed the same which had a fantastic effect. The Dutch group sat on the hay bales on the right and the Polish group on the left.

And not only me, but everyone was impressed when the bride appeared. She seemed to have stepped out of a glossy magazine.

And to be honest; the ceremony was challenging. A challenge to do this together with my Polish translator. But thanks to the good preparations and coordination, we succeeded. We saw tears of emotion from several guests and there was also a lot of laughter. We were able to convey the love story, emotion and humor to this Polish / Dutch group.

Enjoy it a little longer

Sara and Bas insisted that I stayed a little longer. To toast, to have dinner And during the evening I quietly left. My plane was due to depart early in the morning.

What an experience it was.

Sara and Bas, I wish you all the luck in the world, together with your beautiful children. 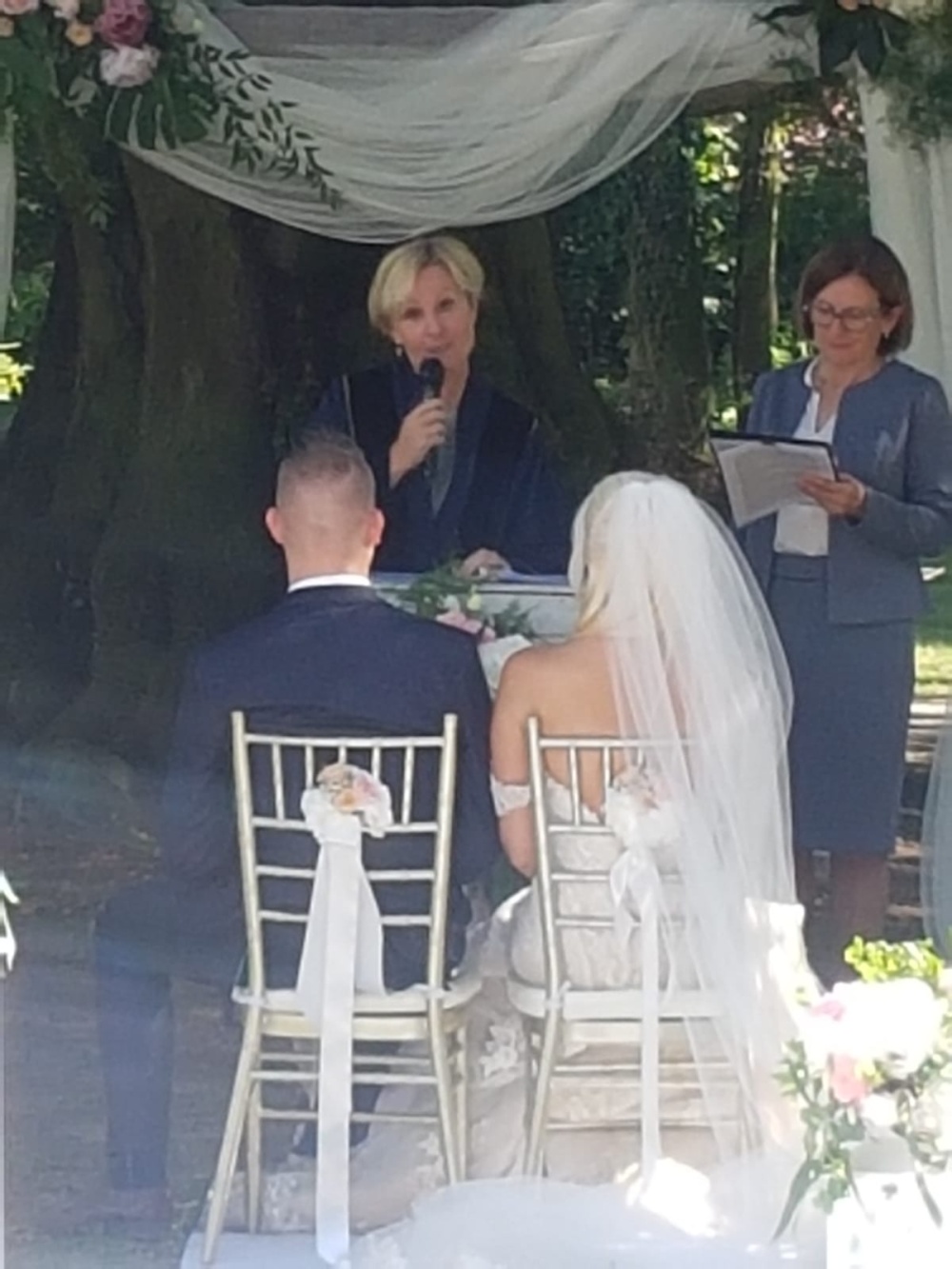 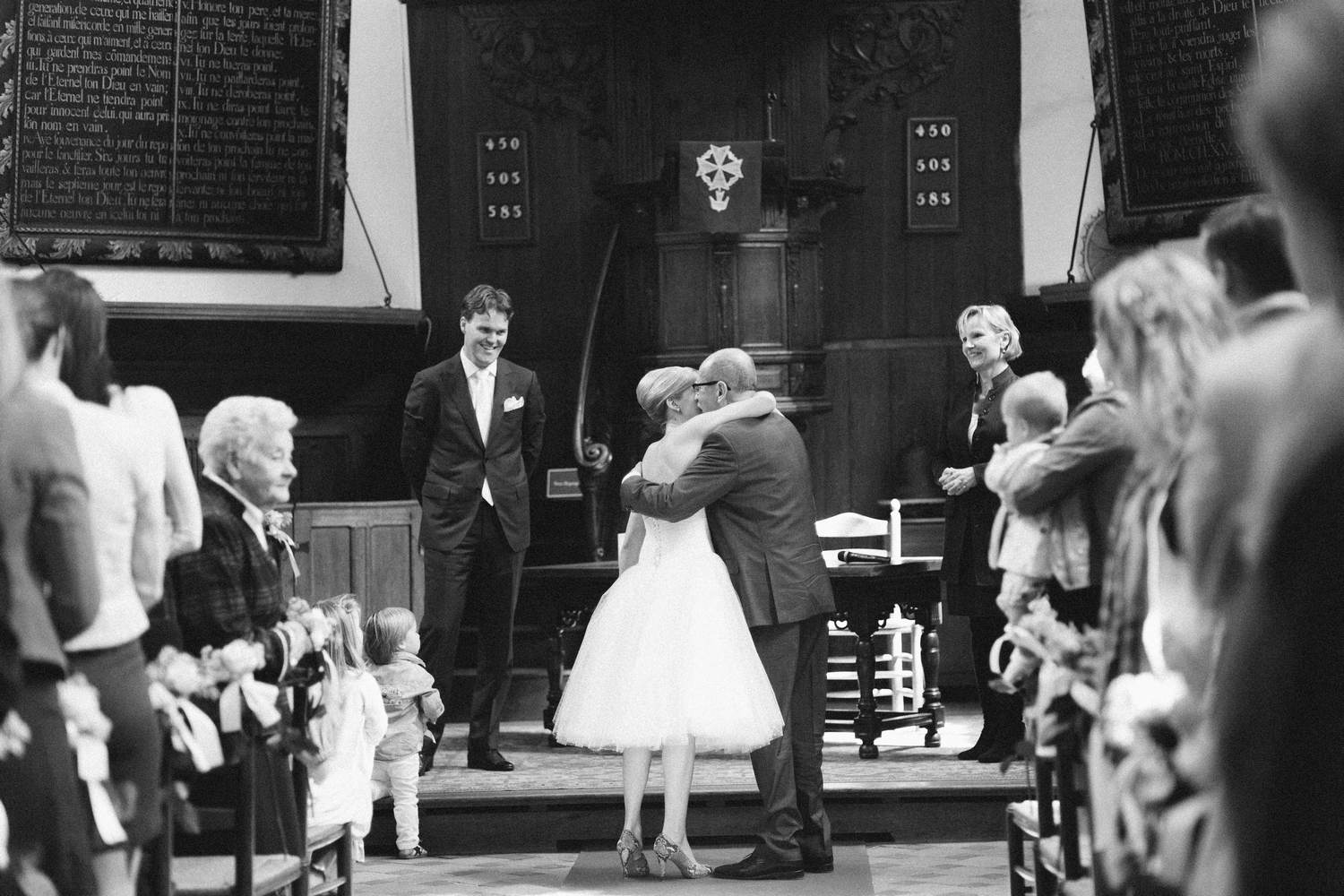 “ As far as we are concerned, it was perfect; good preparation (we really got the feeling that you were fully absorbed), personal approach and presentation ” 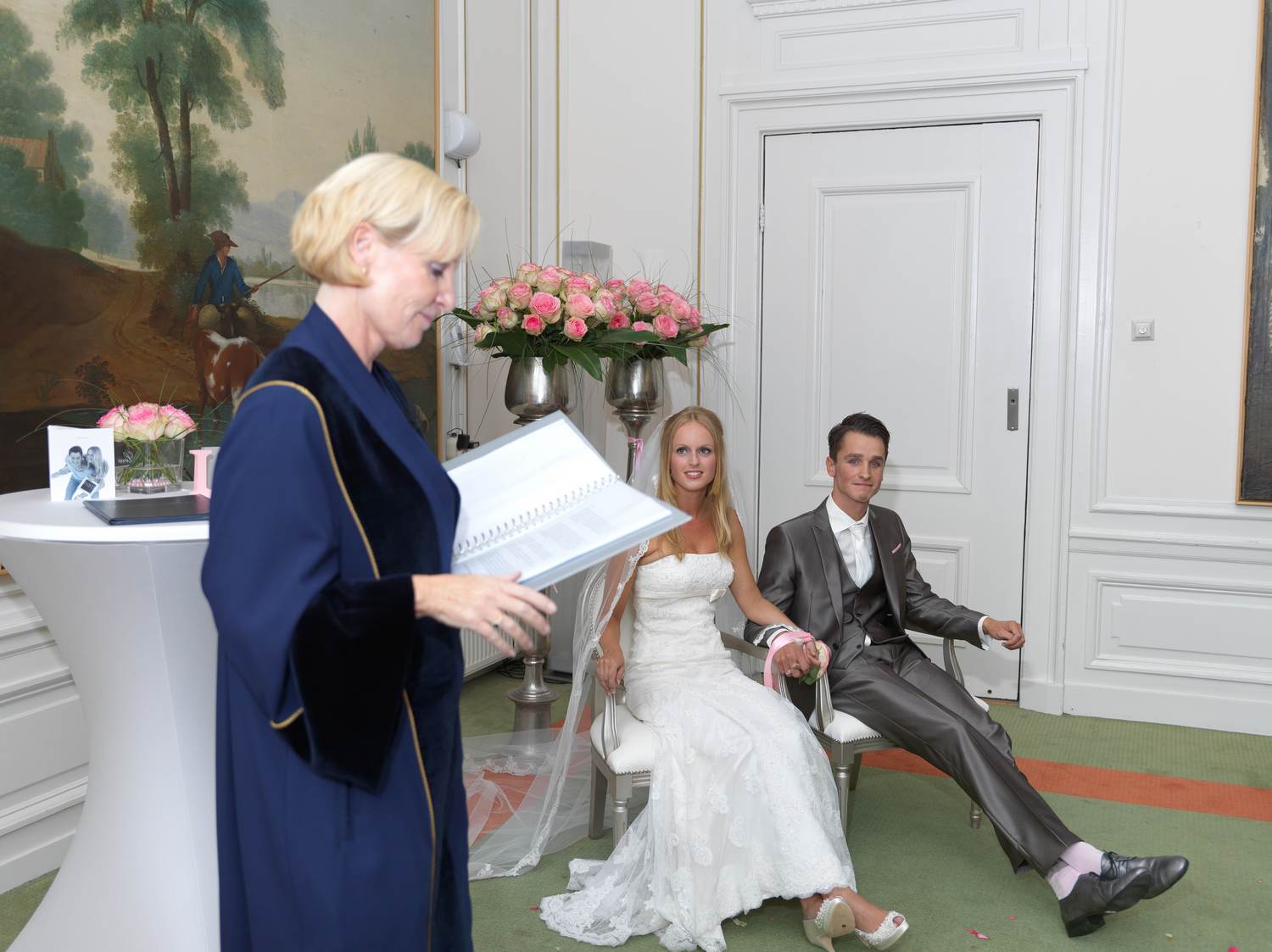 “The ceremony was perfect for us. No comments or remarks; you did a fantastic job, really! Thank you very much for this” 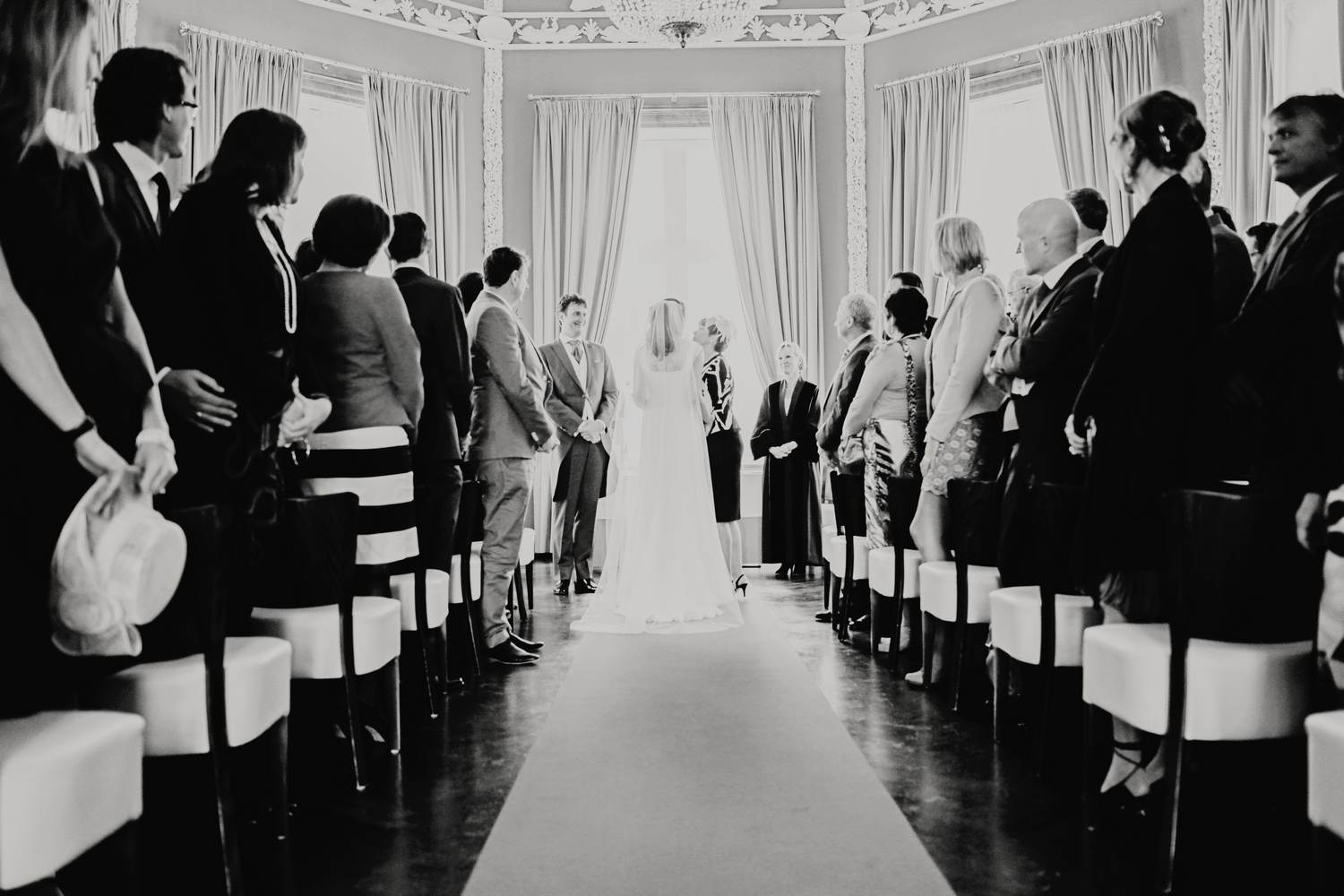 “What a special day it was. Everything went perfectly and completely according to your wishes. I thought you did a fantastic job at the ceremony.”

Get married in your own way

More and more people want something different from a traditional ceremony on their wedding day. They want a separate wedding location, such as the beach, an estate or a wedding in their own garden. In any case, they want to make "the day of their life" something special. A day that suits them completely.

Sweet, kind and emotional feedback of fantastic bridal couples from whom I was privileged to take care of the wedding ceremony as marriage officiant.

Thanks for the beautiful ceremony; it was absolutely beautiful. We also received compliments from various bystanders! 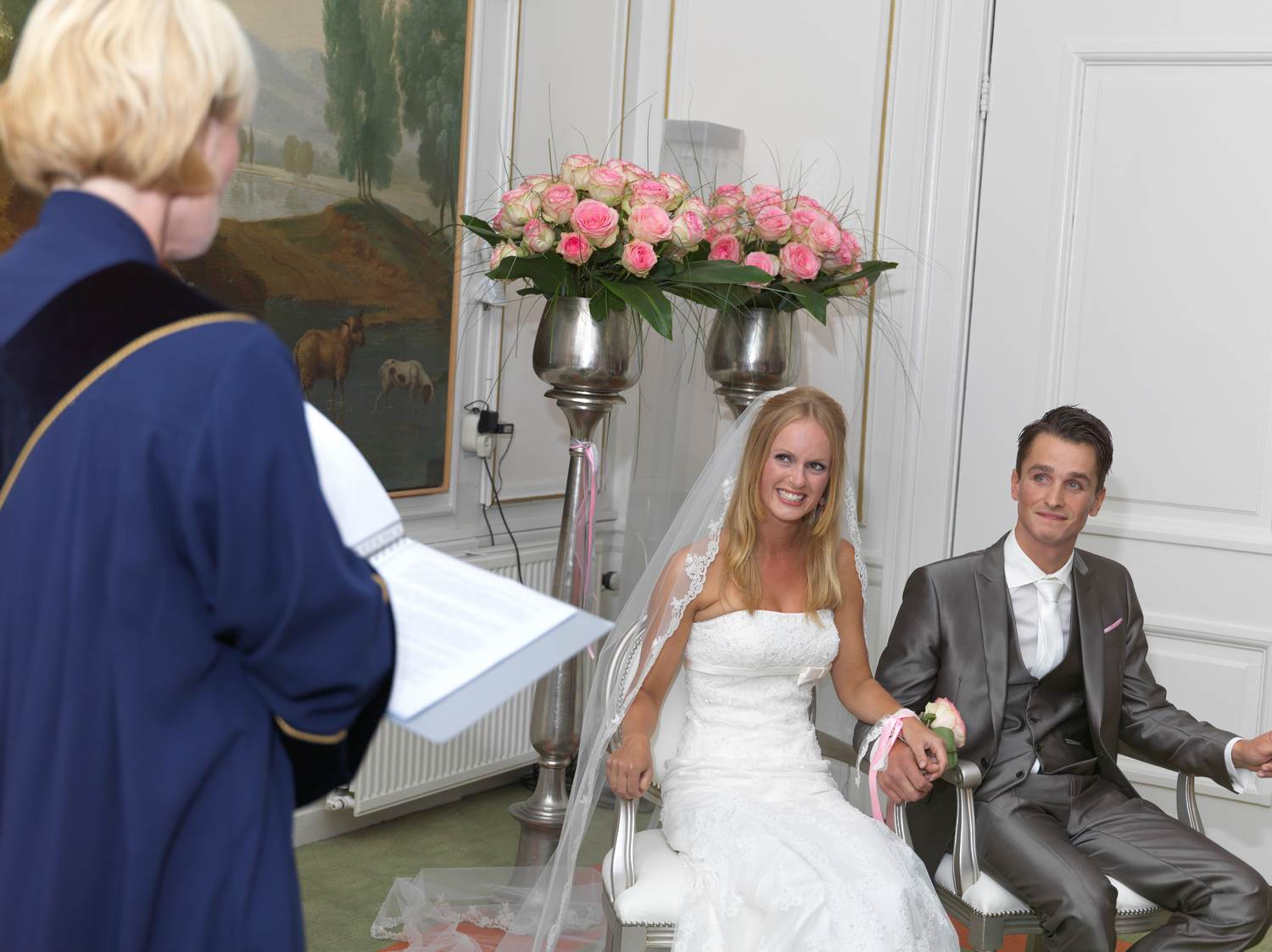 The ceremony was perfect for us. No comments or remarks; you did a fantastic job, really! Thank you very much for this 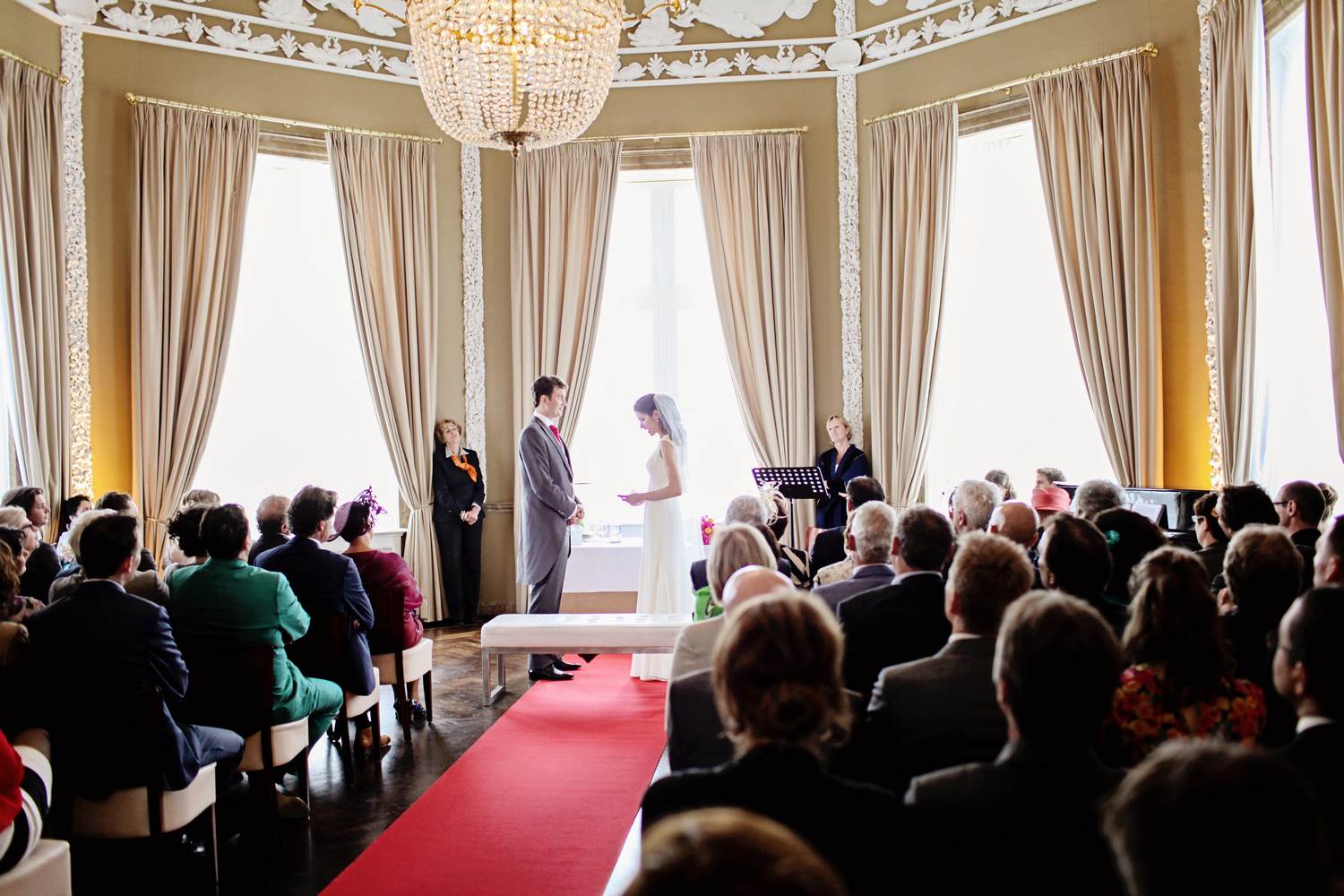 What I really liked is that you gave the witnesses attention with a beautiful story and that you told our story so beautifully.