Weddingofficial at wedding of Martin and Mirjam 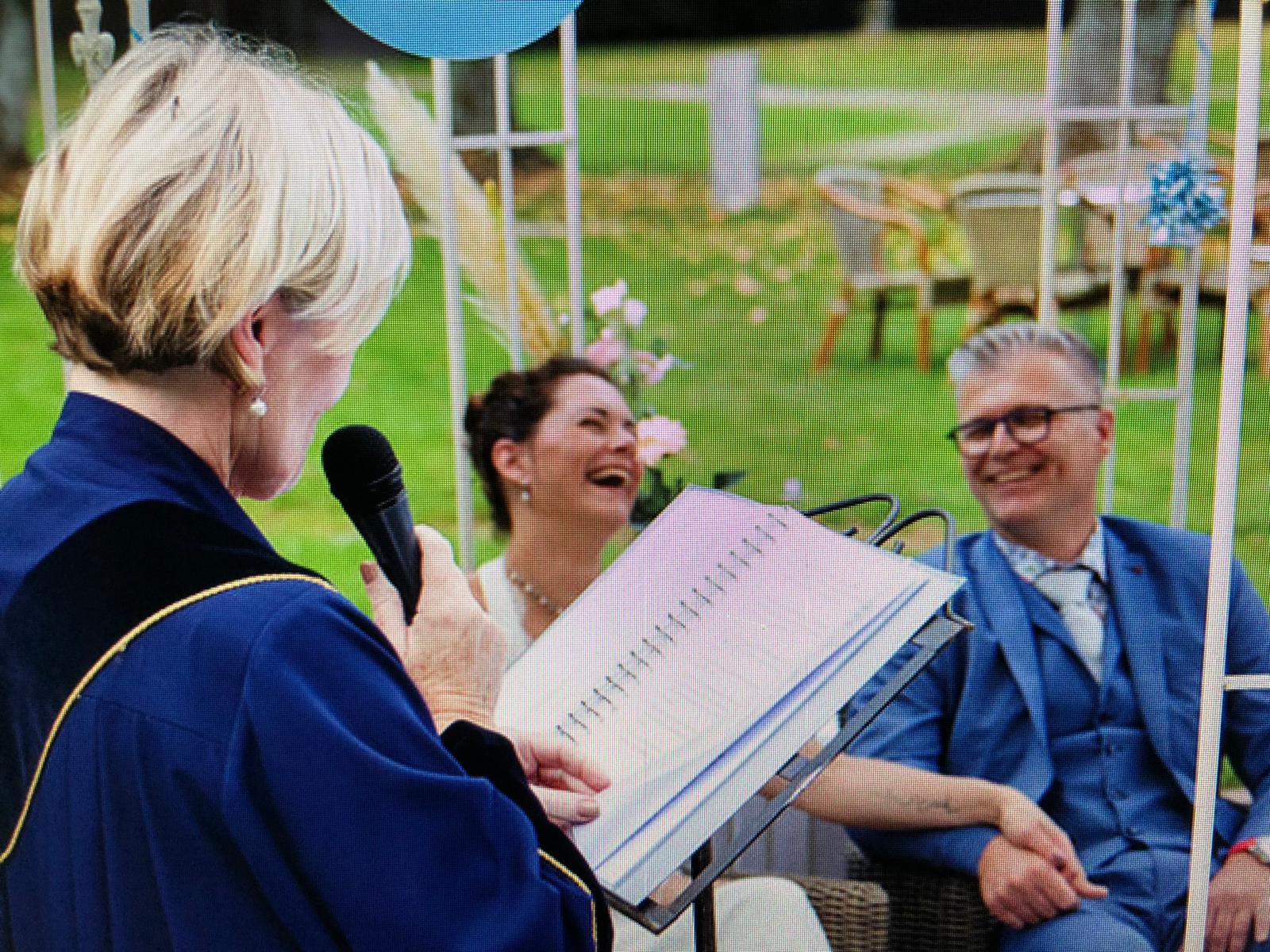 An external wedding official… we had never heard of that until our sister / sister-in-law got married. How much more personal that was. We want that too! But how do we get such an external official? Of course, the internet… You actually select purely on the basis of appearance / charisma. We then wrote to a few wedding officials to ask if they would still be available on our wedding date. Finally, you then have a conversation by telephone and it soon becomes clear with whom you have the “click” or not. Well Marie-France, that was done quickly!

A few questionnaires soon followed which we had to fill in and then we had a personal conversation, which would be the added value of the ceremony. Well, I can tell you that Marie-France took our ceremony very personally. After the questionnaires had been completed, we made an appointment centrally in the Netherlands at a Van der Valk location. We sat here for more than three hours while enjoying a cup of tea / coffee and shared our life story with a completely stranger to us. How you took your time and how familiar it felt. How special that was!

An app group was soon created and many things were discussed here to put the finishing touches on the “i”. It soon became clearthat Marie-France was very actively involved and thought along with what should be the best day of our lives for us She came up with things we would never have thought of otherwise.

What a time she has put into it! Marie-France wanted to have a photo of all day guests (31) so that she could address her story to the right people. Wow, what a job! But above all, how personal!

Marie-France, without your input, our day would not have gone as it has now. How beautiful it all was. So beautifully expressed and spoken. You have brought tears to many people’s cheeks. In a word beautiful! All I can say is that you offer much more than we initially assumed from you. An absolute added value to make the most beautiful day of our lives actually the most beautiful memory! Thank you for this!